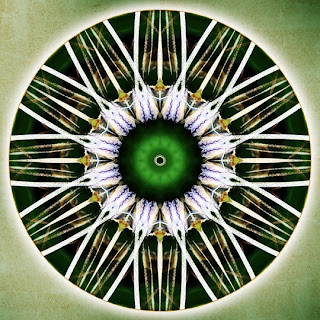 I love spring and signs of new growth. Summer is a riot of bright blooms. 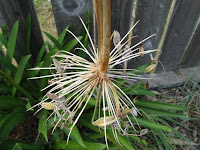 Fall reveals structure and is a reminder of the growing cycle. Blossoms fall away; new seeds are formed...birthmarks of the season yet to come. Creating this mandala was an opportunity for me to blend my digital world with my doodley one...what fun to add yet another layer of the mystery to creation by doodling my own birthmarks on the first segment of the mandala, and perhaps creating this mandala's own particular DNA. When I finished the image I imagined the center being a point of conception, with new life energy radiating outward.

This mandala, with its theme of birthing/transformation, is the third image (with 6 to go) I have created for the Mandalas for Peace project. It is my prayer that we continue to birth ourselves into the New...(raised consciousness, peace, awareness of the Oneness of us All).

A TRIO OF BLOG AWARDS 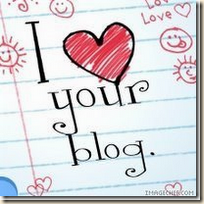 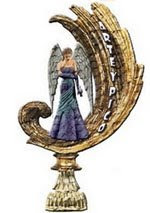 Doreen, Diane Clancy and John Mora have all bestowed me with these three blog awards. Thank you. I have been remiss in not acknowledging their kind recognitions, and Miss Manners has been gently guilting me. Aaaaack. Before the internal pressure gets to be too bad and I look like some bad rendition of The Scream, I think it is time to say thank you and to pass on all three of these lovely awards to:

Art and Tea - Karen is a mixed media jewelry artist and tea connoisseur...be sure to pop over for a soothing cuppa, but leave plenty of time for oohing and ahhing over her gorgeous beaded jewelry
Journeytime - Derick is a fellow seeker, and he blesses his readers with the gifts of his journey. I am simulatenously fascinated by and honored to be part of his journey
Kate Jobe - I met Kate over at the Mandala Oasis. I'm enjoying our co-creative artistic projects, but am even more impressed by her SoulSkins. I hope you go take a look at her stunning, one-of-a-kind-wearable art
Tomas Karkelas - his url says it all: trust light. Tomas writes about art as a healer. What more need I say?
Chewy - graphic designer, painter, haiku poet, mandala maker, and a blogger who returns your comments...i'd say ms chewy is a renaissance creative!
Rethaw - I love the tagline on David's blog -- we train ourselves not to look eventually we don't see - I still want to know how he does his abstract photography, but he is frustratingly mute on this topic. Go take a look and you'll see why I experience art envy.

I was given a bag of feathers over a year ago.I've kept them in my freezer in a plastic bag in order to kill the mites which reside in them naturally. Today I scanned two of them in order to create this mandala.

It's much easier for me to identify birds than it is their feathers, but I do believe they once belonged to an owl and a sandpiper (or one of those other long-legged shore birds...)

Whenever I find feathers, I think of them as a sign, a message; and while doves are traditionally a symbol for peace, the owl is moreso a symbol of wisdom, darkness, death, and knowledge. I believe this death is transformative, a molting of old behaviors and beliefs that no longer serve mankind. In this particular mandala,the center is rings and rings of circles, which offers a sense of unity amongst diversity, protections, and old growth...like the rings of a tree. The Star represents the Self...upright, rooted to the earth, well grounded. The earthy golden brown represents the end of a healing process, the autumn season, the thin golden veil between the physical and spiritual worlds.

I am grateful to these birds who shed their feathers that allowed me to relay their messages of hope and joy that will arise when light bursts forth upon the darkness.

This mandala, with its focus on Animal, is second in a series for the Mandalas for Peace Project. You can read more about this project here. If you are a mandala maker reading this blog, I hope you will consider joining us over at the Mandala Oasis.

Orphan Bill Passed the Senate - Let'sTry and Stop it in the House! 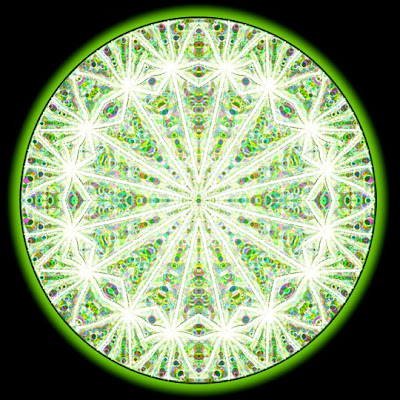 Please take the time to read and/or listen to the information below regarding the Orphan Works bill. I hope you will be inspired to protest the passing of this bill by contacting your local member of the House of Representatives. A link at the bottom of this page makes it easy to do!
----------
Here is an overview of current copyright guidelines from the Library of Congress website:
www.copyright.gov/help/faq/faq-general.html#mywork

A video explanation of the new Orphan Works bill can be viewed here:
http://www.lessig.org/blog/archives/Against_Web.mov

SEPT 27 Yesterday, in a cynical move, the sponsors of the Senate Orphan Works Act passed their controversial bill by a controversial practice known as hotlining.

With lawmakers scrambling to raise 700 billion dollars to bail out businesses that are “too big to fail,” the Senate passed a bill that would force small copyright holders to subsidize big internet interests such as Google, which has already said it plans to use millions of the images this bill will orphan.

With the meltdown on Wall Street, this is no time for Congress to concentrate our nation’s copyright wealth in the hands of a few privately owned corporate databases. The contents of these databases would be more valuable than secure banking information. Yet this bill would compel creators to risk their own intellectual property to supply content to these corporate business models. That means it would be our assets at risk in the event of their failure or mismanagement.

As David Rhodes, President of the School of Visual Arts has said, the Orphan Works bill would socialize the expense of copyright protection while privatizing the profit of creative endeavors. Copyright owners neither want nor need this legislation. It will do great harm to small businesses. We already have a banking crisis. Congress should not lay the groundwork for a copyright crisis.

– Brad Holland and Cynthia Turner, for the Illustrators’ Partnership

NOW FOR PLAN B

We MUST try to stop the House Judiciary Committee from folding their bill (HR5889) and adopting the Senate version.

PLEASE EMAIL CONGRESS TODAY.
If you’ve done it before, do it again!

It takes only a minute to use our new special letter.
Click on the link below, enter your zip code, and take the next steps.
Thanks to all of you who heeded the call to action yesterday.

Over 70 organizations oppose this bill, representing over half a million creators.
Illustrators, photographers, fine artists, songwriters, musicians, and countless licensing firms all believe this bill will harm their small businesses. The Illustrators Partnership Capwiz site is open to professional creators and any member of the image-making public.
Posted by Unknown at 8:39 AM 1 comment:

Divine Wisdom and the Power of Women 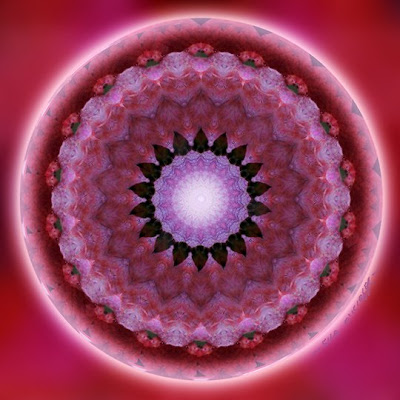 I don't often write about my images. I like to let the images speak for themselves. My intent had been to create a mandala with 9 rays, but it turned into 18. Next time I'll know how to do it. Still, the power of nine remains prevalent in this image.18 in Tarot is the Moon (authenticity, mysteriousness, integrity, openness). 1+8=9 is the Hermit(introspection, completeness, resolution, recognizing what is heartfelt and meaningful). When I create my mandalas, there is always some voice, some nudge that calls to me. Intuition beckons me.

I am honored to be participating in the Mandalas for Peace Project, a collaborative effort conceived over at the Mandala Oasis. A group of us will each be creating a series of nine images based on nine different themes over the next nine weeks. A webring for the project is in the process of being birthed.

So what is it about the number nine that is so powerful? In her book Creating Mandalas, Susanne Fincher writes:

Nine represents a band of angels, careful synthesis, and the enigma of human existence. Jung writes that by ancient tradition nine represents "a company of gods." The Bible mentions that there are nine choirs of angels. The most mysterious element of the Trinity, The Holy Ghost, was symbolized by the number nine. Nine has been a traditional symbol for benevolent spiritual beings...the number nine symbolized truth in mystic Hebrew tradition. (pp.106-107).

Kate Jobe, a member of the Project, told us 9 was the number of the Divine Feminine.

Being a knowledge- seeking woman, I decided to dig a bit deeper. In his painting of The Creation of Adam on the Sistine Chapel, Michelangelo portrays Sophia, Divine Wisdom, as being present at God the Father's left hand side when Earth was created.

From the Greek Old Testament Septuagint (circa 285 B.C):
For wisdom, which is the worker of all things,taught me: for in her is an understanding spirit,holy, only one, manifold----”
( Septuagint Wisdom VII: 22 )

and from the Bible:
Happy is the man who finds wisdom, and the man who gets understanding, for the gain from it is better than gain from silver and its profits better than gold. She is more precious than jewels, and nothing you desire can compare with her. Prov 3:13-15
(from Holy Spirit Divine Feminine)

I thank Holy Spirit and the Wisdom of Sophia for helping me create this gift for peace.
Posted by Unknown at 12:52 PM 9 comments:

I am an instrument of divine artistry. I began creating mandalas in the mid 90's and dove into a journey in the digital realm in 2005, creating digital mandalas from my photographs of the everyday beauty I see around me on the North Coast of California. In 2015 I began to ask the question 'what would it mean to be devoted to the mandala form?' And now my mandala art comes through in a variety of forms, however it most wants to be expressed.
Through it all I remain a conduit for whatever wants to come through.
~Sue O'Kieffe
Sacred Circle Mandalas 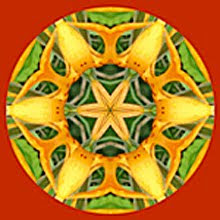